Back to the CAPS Clinic Blog 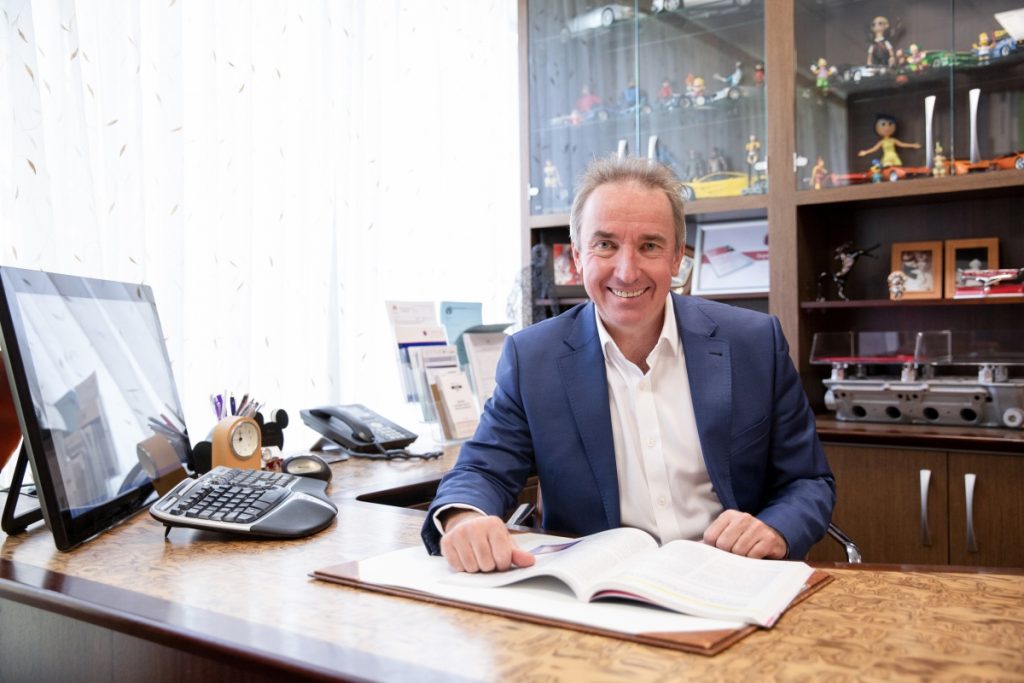 Pregnancy puts a lot of strain on the female body and can leave it somewhat worse for wear. Women often complain “nothing is where it used to be” but aesthetic issues can be overshadowed by functional problems after children.

Chronic back pain can make it difficult to lift a child out of a cot, or do up a child car seat. It can make it difficult to sit for a period of time, like taking a child to the movies. It can be exacerbated by physical activity like playing in the back yard. Travelling and working can also be hard. Chronic back pain is the result of instability in the lower back caused by abdominal muscle separation and weakness. It predisposes to injury – the back just “going” and can be debilitating and unpredictable. Physiotherapy can help, but it can’t fix the problem. When the muscles are separated at the front only surgery can solve the issue.

Incontinence can be distressing. In its mildest form there is urgency – when you have to go, you have to go. Women usually experience leakage on a trampoline, doing star jumps, or laughing, coughing or sneezing. Constant trips to the toilet to ensure the bladder never gets too full is the usual coping strategy.

Plastic surgeons have been performing abdominoplasties for about 100 years. This is a big operation which repairs the rectus diastasis (muscle separation) as well as removing all the skin from above the umbilicus to the pubis. Most people think the operation is only to get rid of stretched skin and a fatty flap but surgeons have noticed the improved posture of post op patients, the decrease in back pain and incontinence as well as a general feeling of wellbeing and energy.

In 2016 Medicare withdrew the item number for abdominoplasty citing lack of evidence the procedure was anything other than cosmetic. This study was underway at this time but as it was not published, it was ignored.

The study design is quite simple. Patients would complete a questionnaire before their surgery and afterwards, at 6 weeks and 6 months. It is a prospective study – the patients fill their questionnaires in with their current symptoms in mind, compared to the more common retrospective study in which they have to remember how they felt, often inaccurately. The questionnaires used were the Oswestry Back Pain Index (ODI) and the International Consultation on Incontinence Questionnaire – Urinary Incontinence – Short Form (ICIQ-UI). Both of these questionnaires have been validated for use in research and have been used in multiple other studies.

The ODI asks 10 questions about back pain symptoms and grades the response from 1 to 5. The questions include impact on personal care, lifting, walking, sitting, standing, sleeping, social life, travelling and employment. This gives a score out of 50, which is then doubled to create a percentage disability.

The ICIQ-UI asks about frequency of leakage, how much leaks and how much it interferes with everyday life. Scoring does not create a percentage disability, scores are a maximum of 21.

Data was also collected about the patient and the operation. Age, number of children, difference in age between the youngest and oldest, method of birth, BMI as well as amount of skin removed, liposuction performed, width of the diastasis, method of abdominoplasty and whether a hernia was encountered and had to be repaired.

9 surgeons enrolled patients in the study. All are from different practices, in Sydney (4), Canberra (1), Newcastle (1), Brisbane(1), Gold Coast(1) and Toowoomba (1). All perform the operation their own way on their own patient group, metropolitan or large regional centre. A wide spectrum of Australian patients were treated. All were patients presenting for abdominoplasty, for whatever reason. There was no specific treatment of back pain patients and all patients between September 2014 and March 2016 were enrolled. This is a reasonable cross section of the Australian post pregnancy population.

The study describes the experiences of 214 patients. 83% of the patients came from only 3 of the participating surgeons, Drs Alastair Taylor in Canberra, Mark Magnussen in Toowoomba and Steve Merten in Sydney. All 3 use different methods for abdominoplasty but all do liposuction as well as skin excision to achieve their results.

The average weight of tissue removed was 1222gms, average liposuction 795gms and average width of diastasis repaired was 4.5cm. 29% of patients had a hernia, mostly umbilical, repaired during the abdominoplasty.

The average preop disability from back pain was 21.8%. The preop urinary incontinence score was 6.2.

These results are statistically significant and show a marked clinical improvement in back pain and incontinence following abdominoplasty. Abdominoplasty not only restores the trunk to its pre pregnancy shape, it also restores the function converting a moderate disability to a trivial issue that no longer dictates what can be achieved. It allows a women to live a life free of background pain and worry about injury.

Read the paper published in the Plastic and Reconstructive Surgery Journal of American Society of Plastic Surgeons, March 2018. 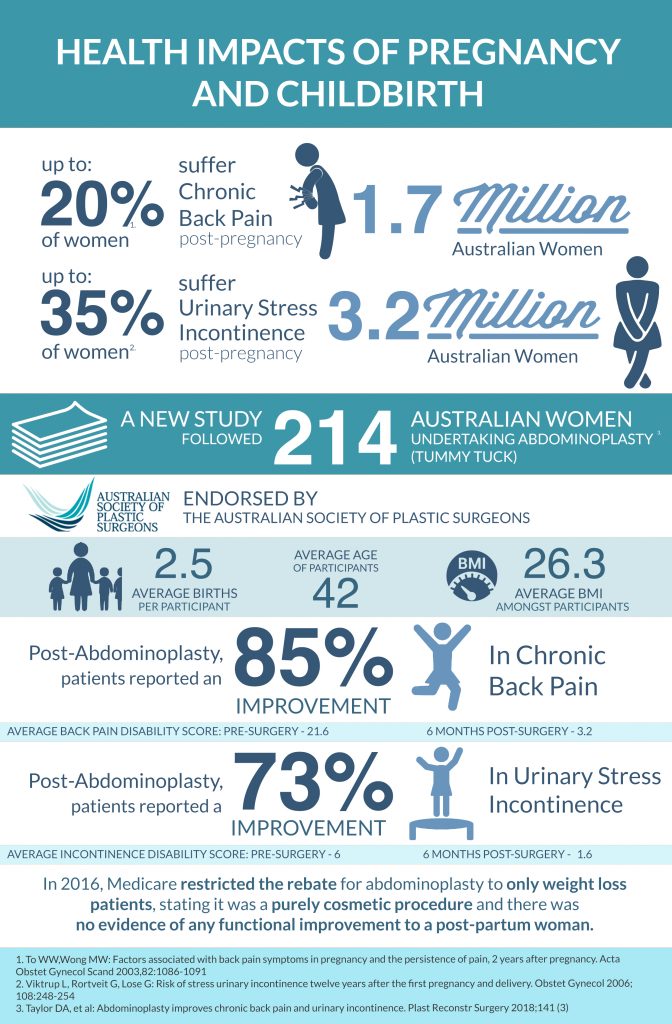